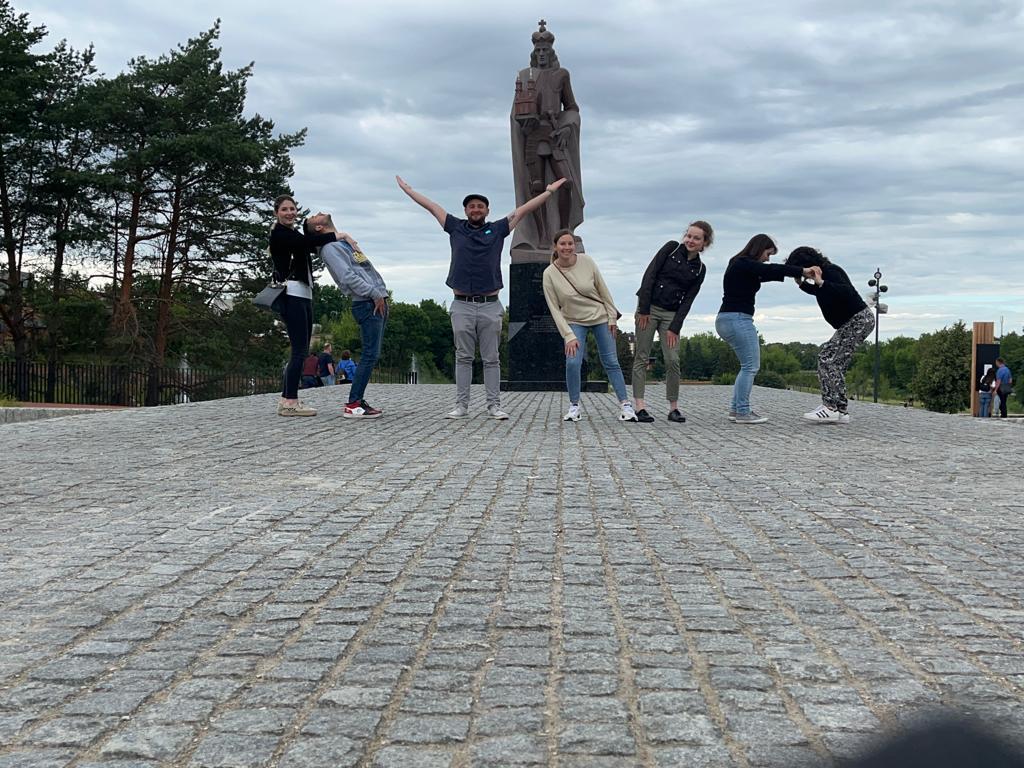 Or: How to leave the world a better place than you found it.

„Try and leave this world a little better than you found it, and when your turn comes to die, you can die happy in feeling that at any rate, you have not wasted your time but have done your best.“

This quote goes back to Sir Robert Baden-Powell, a British Army officer and the founder of the world-wide Scout Movement. And if I may say so: It is very ingenious in it’s banality.

As some of my loyal readership might know, I joined the Scout movement when I was about 7 years old. Or my parents made me join, I should say. As you can imagine, I’ve certainly been made fun of for saying that I am a Scout. „Have you helped an elderly lady across the street today? Do you sell Girl Scout cookies?“ You get the point. Kids can be assholes. However, today I am convinced it has been one of the best decisions my folks have ever made for me. Shoutout to Irmi and Klemens, I’ll be eternally grateful!

I have written about some of my Scouting experiences in the past. When I saw a troll penis in Iceland in 2017. Or when we raided vending machines for booze in Japan in 2015 (German only, sorry guys). For some inexplicable reason (definitely not a lack of commitment to this blog… nooo way) I never followed up with a post about the last mighty Scout adventure: When I had the pleasure to work as a trash man at the World Scout Jamboree in West Virgina in 2019. It was way more fun than it sounds.

I’ve volunteered as a Scout youth leader for roughly ten years now and it’s been highly rewarding on so many levels. And one thing’s for sure: There will most certainly be more posts around the Scout Movement on bearnecessities in the near future. However, still inspired by an incredible time, I would like to take a slightly different approach.

At the beginning of July I was able to take part in a completely new experience for me: Participating in an Erasmus+ Project and volunteering with a Lithuanian organisation for people with mental disabilities. Or, like another volunteer from Italy pointed out, in order to be even more inclusive: different abilities (shoutout to Martina).

„Jaunuoliu dienos centras“ (or JDC) is an institution in the Lithuanian town of Panevėžys. and literally means Day Center for Young people. JDC is the Lithuanian partner organisation and along with institutions from Italy, Belgium and Austria they are working on the so-called DYVO project. DYVO is aiming to „facilitate and innovate the recognition and validation of competences acquired through non-formal and informal learning in the field of youth volunteering“. What a mouthful of a sentence, hey.

What sounds somewhat abstract in theory is actually a really great idea, if you ask me. Let’s say you have volunteered with the Red Cross, or at an assisted living facility or a kindergarten, or even volunteering to clean in a hostel somewhere in the world. You name it. During that time you acquire certain skills: problem-solving, communication or empathy, just to name a few. Now imagine you could put those in your CV just like language skills? The idea of DYVO is to make just that possible.

Volunteering means learning from each other

Engaging with the Lithuanian students at JDC was not only a new experience, though. I feel like this week really was a time of learning from each other. Of growing together, even if it was just for a week. We prepared for interviews with volunteering organisations, wrote CVs in easy-to-read/easy-to-understand English, or set up LinkedIn profiles together. Topped off with some cultural, sporty and relaxing activities.

One of the activities at JDC especially resonated with me, and I hope you will appreciate why. For this activity, we were asked to write an essay on volunteering. What has volunteering provided for your personal development? What skills have you learned? What problems in society have you observed during your time volunteering and how would you solve them?

My first thoughts are: „Oh boy, how much time we got? And where the hell to start?“ What our lovely hosts from Lithuania may or may not have considered, is how fucking big those questions are! You might as well be asking how to achieve world peace in our time. But hey, no task is too big, right. So I get going.

After like 20 minutes or so, I reach somewhat of a flow state. Words are falling together into coherent sentences. I’m writing. Then all of a sudden a pounding alarm goes off. For a second I think it’s a fire alarm. PAAAANIIIIIC! Then I realize something is fishy. Julya, one of the amazing hosts at JDC, asks us to get up, leave everything as it is and move to another room. Less panic! Our new friends at JDC seem way to chill about everything so I sense that something must ben up.

Finding our seats in this new room, we are all being blindfolded and given a new task: In our groups of three we receive a piece of fresh clay and are asked to form a sculpture as a group. As you can imagine, not an easy task and quite the opposite from writing an essay. What a fascinating sequence of events!

As you can imagine, there was something to be learned here. This whole sequence of events was not only supposed to challenge us and our adaptability. It was supposed to give as some sort of tiny glimpse into what life might feel like for someone with different abilities. At the moment you are finally focussed enough to do something, somebody is already asking you to move on to the next thing. Wow! Quite frankly, for me, that was a goosebump moment. And hopefully it will give you an idea, what that week in Lithuania was more or less about.

Some people have asked me: „Why would you take a week off work to do something like that? How do you have that energy?“ or, concerning international Scout camps: „Why would you spend thousands of Euros to work a shitty job as a trash man?“ And I get it. A week at the beach somewhere might have been useful to fill up my batteries as well. Staying in a luxury Spa might have a much more relaxing effect on some.

But in a unique way I feel like volunteering – so essentially giving up your own time to be of help, support or service to others – offers more than just that. Every single time I feel like it warms my heart. It might sound silly, but I don’t know how else to describe it. It gives me a feeling of connection to people who I had just previously met. It gives me the sense of a purpose. And it makes me feel like if I were to leave this world tomorrow, I would leave it a little better than I found it!

I’m planning on diving deeper on the whole volunteering thing. So bear with me, there are some cool projects coming up that I would like to share with you!

Until then, kisses on your lovely beach-bellies