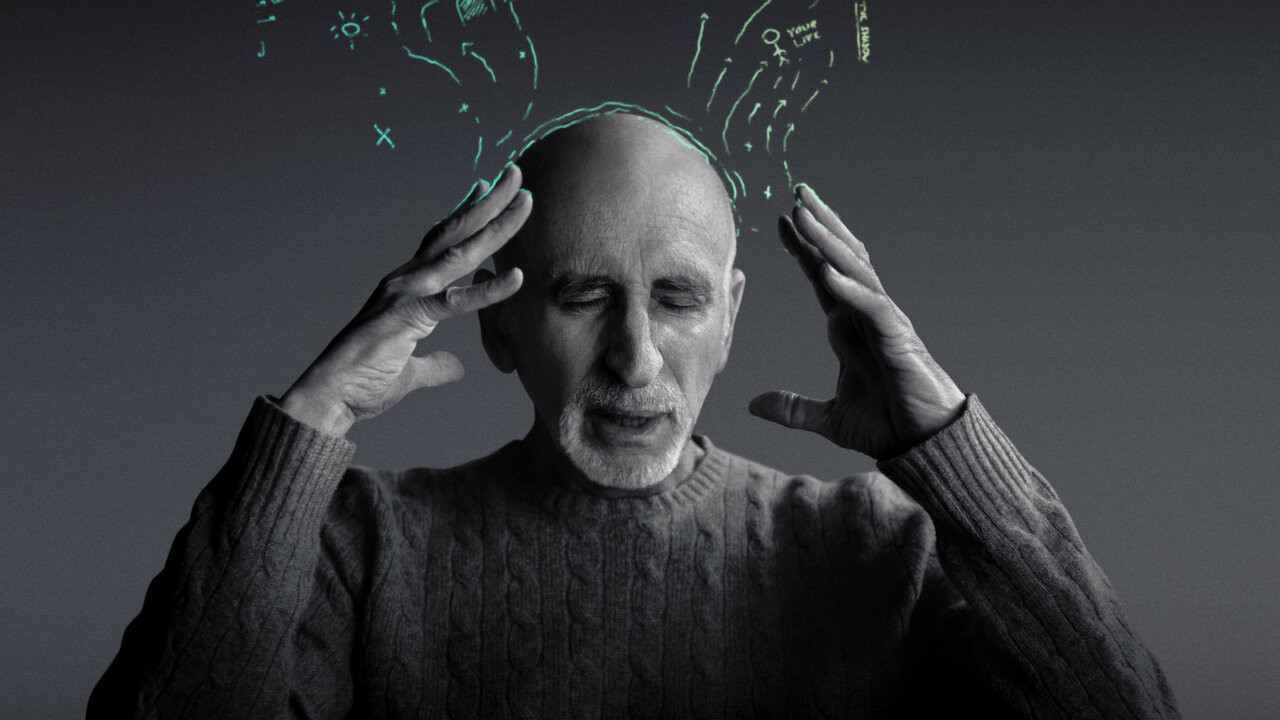 „Stutz“, a Netflix-documentary by actor Jonah Hill about his psychiatrist Dr. Phil Stutz, is the best piece of content I’ve consumed all year. Here’s why I think everyone should watch it and why I think it has the potential to change our lives.

First of all, let me add a disclaimer: This is the first time I am reviewing something like a documentary. Usually this place is about my travels and experiences but in the future you will hopefully read stuff like this more often. As always, I’m super grateful for any sort of feedback. If you’re reading this you probably know how to get in touch with me anyways. So here we go.

I found myself lying on the couch not really knowing what to watch when I stumbled upon „Stutz“ in my Netflix recommendations. Being a fan of Jonah Hill and not having seen anything by him in a while I decided to go ahead. Finding out that it is a documentary about his therapist immediately got me hooked.

The documentary starts of in a stereotypical therapy-setting and Jonah asking Stutz why he thinks he is making this movie. Six minutes in, Phil and Jonah talk about something that resonates quite a lot.

The struggle of getting out of bed in the morning

Personally, I’ve got no problem getting up in the morning. With a big caveat: Only when I have a reason that’s literally forcing me out of bed. This is typically having to go to work or school or some other appointment scheduled in the morning (which I usually try to avoid because I certainly do love my sleep).

The struggle begins, when I lack those reasons. When I don’t have a clear schedule to my day. When the opportunities of how to spend the most valuable resource – my time – seem to be sheer endless. That’s when I press the snooze button. Again and again and again.

The problems with reality

To me, it is so much easier to stay in bed than to get up because there are certain problems that wait for me. Problems that want to be solved and that I don’t always have the solution to. Dr. Stutz calls these problems the three aspects of reality that no one can avoid:

Personally, I find that realization and these aspects to be very true. Earlier this year I wrote something about the relationship of uncertainty and love that I am still quite proud of:

Paradoxically, Love can also be the worst and most painful thing in the world. More painful than anything else. Because love has a second face. A face called Uncertainty. It is the inseparable teammate of love. Two sides to the same coin. As inseparable as the Yin and the Yang. Like Siamese Twins with two brains but the same body.

The force of Life and Love

This is where Stutz presents the first of his tools (@TheToolsBook) to deal with these aspects of reality: Life Force. A concept with three pyramid-like stages of relationships.

This is a concept that I have seen before in other contexts and versions. The ancient Egyptians for example believed the soul had different parts (And we all know what their buildings look like. Coincidence? Me no think so). Or the five Koshas in Hindu philosophy that are often visualized in layers or sheaths.

To me, these concepts represent an internal force that we can replace the external forces with to drive us out of bed. A force that helps us to deal with the darkness, the shadowy parts that we all carry inside us. Something that Stutz calls „Part X“.

Adversity and the villains of our heroic story

Jonah points out that Part X is something like „the villain in our story“. The one who tries to prevent the hero in us from evolving, from growing and from changing. It’s „the voice of impossibility“. The voice that tells you: „You can’t do it. You’re a failure. You’re never going to change.“ And it’s the aspect that we face when adversity hits our life.

A little anecdote on the side of when I learned about adversity. Up until 2019 I had never heard of this word before. Until I was having a life-changing experience in Colombia that I have never talked about in public before. It involved entheogenic plants aka magic mushrooms and a guy from New Zealand called Tom. Tom was the barkeeper of the hostel I was staying at and at some point we were talking philosophy. When I asked Tom to describe his personal philosophy he just said „Adversity“.

I had no clue what he meant so I asked him to specify so he told me the story of a severe earthquake in his hometown in New Zealand back in 2016. There were severe damages but the townspeople supported each other and, in his words, „showed love and compassion for each other more than ever before“. For several reasons, that I might go into detail at some other point in time, this night and this conversation changed my life.

To Tom the Barkeeper this is the power of Adversity. And to Phil Stutz this is the power of Part X. An aspect that we can’t ignore or try to shove away. I’ve tried that in the past but it never works. It will come back with even more force to haunt us. So the only thing we can do is to embrace it and radically accept.

Radical Acceptance and being grateful

Accept that nothing in life is perfect. Accept that we are going to lose people and things that we love with all of our heart. Accept that at some point we are all going to die. And accept the uncertainty, the pain and the constant work that it requires to bear the ambivalence of life.

During the documentary Stutz and Jonah go through a whole set of different tools. Tools that the therapist draws on little papers to offer his clients. Through visualization and concentration those tools may help to achieve that radical acceptance. One of those tools is something Stutz calls a grateful flow. Creating and feeling situations that we are grateful. Emphasizing the little things because „they require more focus“.

Vulnerability is a strength

Now don’t get me wrong. I do recognize that none of these concepts are extremely groundbreaking or entirely new. A lot of smart people have formulated similar ideas in the past. What is ground- and literally wall-breaking is the way this documentary unfolds. About half an hour in something shifts.

Jonah and Stutz decide to let the audience in on the film-making process. They show their struggles, they show their vulnerabilities and they drop their masks. Something that I find hard to do myself and have written about in my last blogpost. They acknowledge that „failure and weakness connect us to the world“. To me, this is when „Stutz“ truly becomes remarkable and almost magical. Jonah points out towards the end:

Even people that we look up to aren’t exempt from all the problems that we have ourselves!

Jonah Hill in the documentary „Stutz“

99 Problems and everybody’s got 1

Everybody has got problems and nobody can figure them all out alone. And accepting that is the secret to life, Stutz concludes. He says: „Anything that is real and profound has to have 2, not 1. Because it’s a vibratory thing. Two people can create a field. It’s invisible but that’s the force in the universe that makes things happen.“ What may sound like spiritual gibberish to some sounds like an elegant way of describing what I genuinely believe to be the glue of the universe: LOVE

Just the sheer rawness of this documentary is enough reason to go watch it. But the goal, as Jonah points out, is to make tools that he has learned through therapy available to everyone who watches this movie. To help the audience to live a better life.

Exactly what I am kind of trying to accomplish through #synthesizing, through writing this and everything else I do. Doing that by opening up, going extremely deep on a psychological level in front of a camera isn’t only brave. Talking about the death of their respective brothers and how to process loss, giving tools to people how to handle the reality of life is absolutely genius and life changing. 11 out of 10.

Until the next one, much love