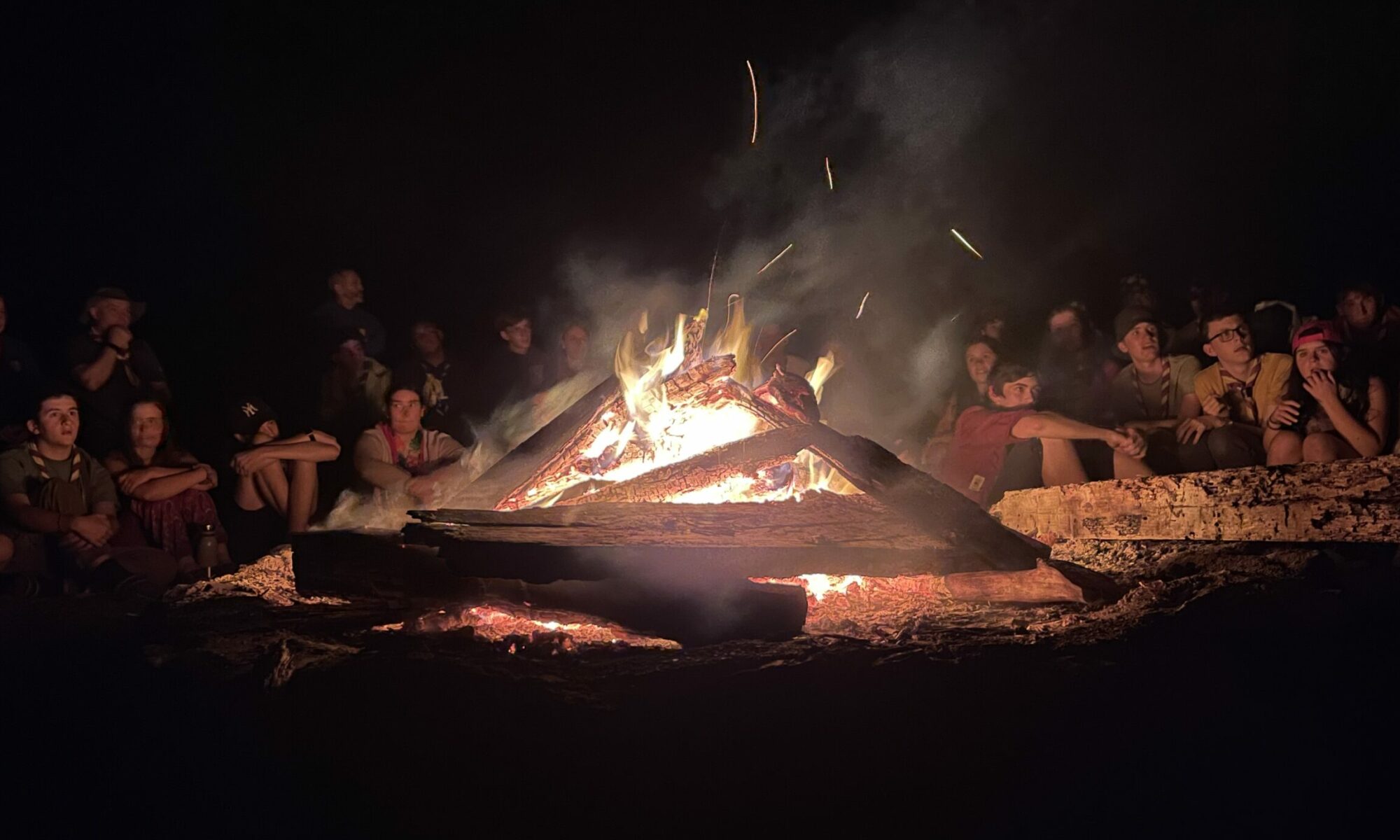 If that’s not enough for you: I have written about my biggest passion here, here and here. As you can see – and possibly against your expectations – Scouts are not cookie-sellig, old-ladies-over-the-streets-helping Junior Woodchucks. Stereotypes anyone?

This year, I had the honor to accompany a bunch (that is the most accurate word I could find to describe this lovely group, kisses to all RaRo) 16-20 year old young adults to Croatia. I would have loved to stay for the full two weeks of camp, unfortunately work wouldn’t allow it. Because a week is barely enough, to get into the right mindset for a Scoutcamp.

Masks off at camp

I didn’t randomly choose „Home“ by Edward Sharpe & The Magnetic Zeros was not the background track for the video. On one hand the song sounds pretty fucking awesome played at a campfire. Although – at least in our circles and definitely for me – the motto „loud and passionate“ applies when singing. On the other hand, the song perfectly describes the „Habitat Scoutcamp“.

To be honest, there aren’t really any environments where I can take off and discard all my metaphorical masks as well as at those weeks at Scoutcamp. There are probably several reasons for that. One of which being that the whole Scout movement is some kind of „collecting tank“ – and I say that with all the love in the world. For many people – me definitely included – it is quite difficult to belong. Belonging to some kind of peer- or social-group. And Scouting enables me to do so. For almost 23 years, still counting. There are no places where I feel as comfortable and self-confident.

Unfortunately, this whole paragraph doesn’t really translate into English very well due to the different meanings of the word „Madness“ and the German word for it: „Wahnsinn“. So this will be a tiny German lesson for you English readers! The word „Wahnsinn“ is a compound word of a derivation of the old-german word wân. Which means „faith, hope“. Whereas „Sinn“ is the german word for sense. So to create memorable experiences for and with young adults just makes sense. And to see, what the generations to come are capabable off; how open-minded, empathetic and respectful they interact with each other. Makes me have faith and hope in the future of humanity. (Please excuse the pathos, but it’s true!)

In fact, the Scouts of Austria have a very well-informed pedagogical concept. One aspect of that concept are so-called developmental tasks. I don’t want to dive too dep here. But some of these developmental tasks are universally important if you ask me. And, of course, my own personal codex of values and my own compass of ethics and morals (believe it or not, I do have something like that) has been significantly shaped and influenced by the Scout movement.

One of these developmental tasks reads as follows:

„Young adults learn, to critically question their own opinions and believes and develop a willingness for self reflection.“

As dry as that may sound. To me that is an incredibly important skill and feature. To get to know yourself, to get to love yourself and to put yourself into relation with others. Those are all essential steps to creating a better future together. Through cooperation, through empathy and by altruism.

In the two weeks of camp in Croatia, this developmental task was fulfilled by having a lot of discussions. Just to name one example: There was a hot discussion and debate about how suitable some of the songs are that we regularly sing at a camp fire. Some of those texts may transport sexist, misogynist or discriminating language (i.e. „Fuck her gently“ by Tenacious D). Discussions like that – regardless the topic – can be exhausting and painful. But that doesn’t make them less important. And we certainly should have this kind of conversations in public, outside of organizations. In our families, in our friend groups, in school or over lunch with colleagues.

I want to emphasize one thing: These were discussions. Not fights. Because there is a very important distinction between the two of those that I learned from a former Scout-leader: When people fight, they want to be right. When people discuss, they want to openly receive a different opinion and exchange their own opinion for it. Only if we are open to receive, we can actually hear what the other person has to say. And that is absolutely crucial. Crucial, so we can leave this world a better place than we’ve found it.

With that, kisses on your bellies! Much love!

And a few more impressions from camp: