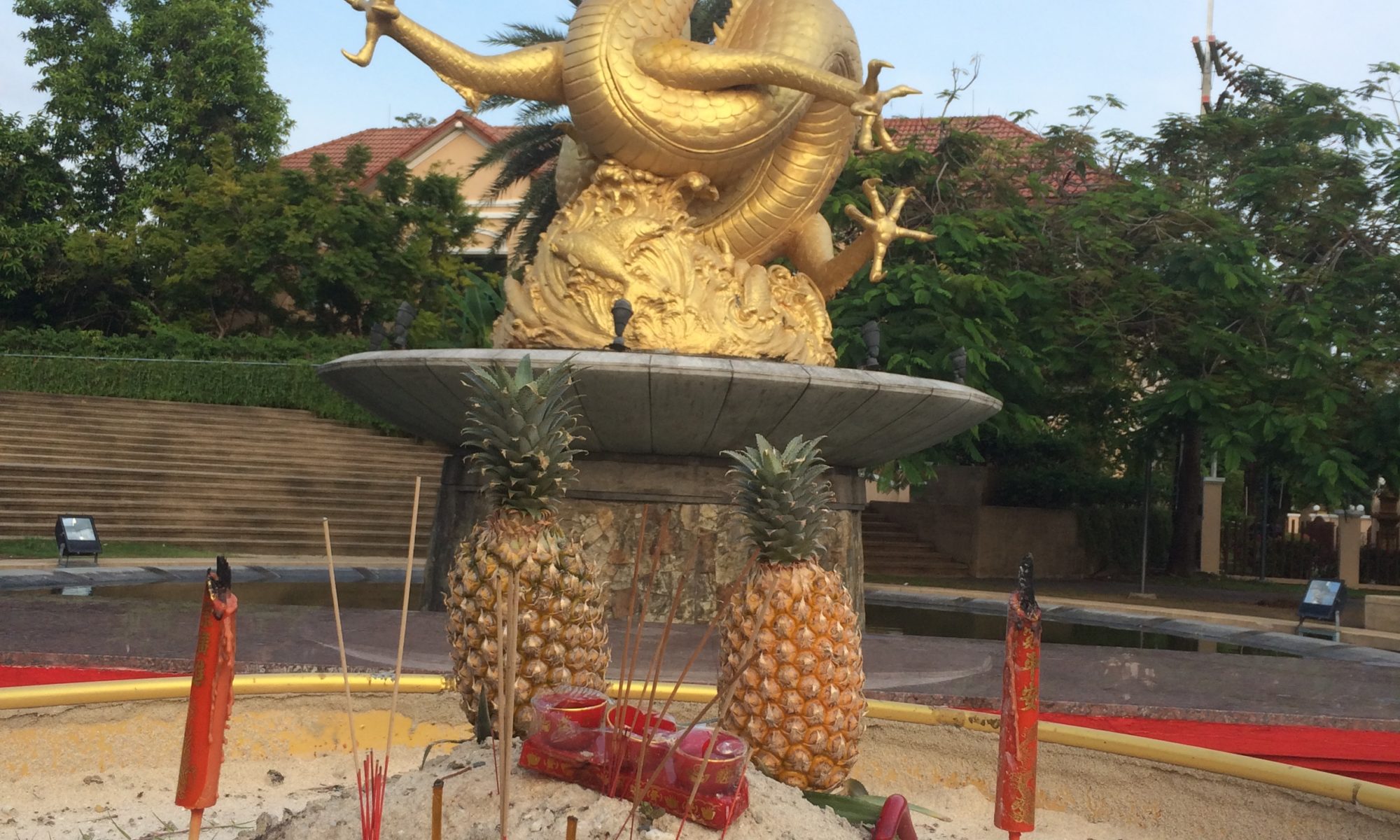 Well, what can I say. It happened again. After half a year of enthusiastic blog-writing followed… half a year of silence. After a wonderful vacation in Thailand for the Christmas holidays (ft. Kasia and one of my lovely bros Lukas) I had a creative blockage. My muse had left me to Poland over the winter and with every passing week it became less likely for me to write a blog post about the holidays in Thailand. February brought the next vacation to Vietnam and when my parents came to visit for Easter vacation it was obvious: There won’t ever be a Thailand blog. Being behind on blog posts didn’t really help with being inspired to write other posts.

So for everyone who was hanging on my digital lips (and apparently that was more people than I thought, thanks for reading btw!) I have great news: Your friendly neighborhood bear is back in town! So open the Champagne bottles and keep your eyes and social media feeds open because I have vowed to write more actively again this upcoming year.

But where do I start again? All the travels from the last academic year have become dusty picturebooks on the shelf and the rest of the school year was not really exciting enough to write a blog about it now. So I thought maybe I’d try something different to get going again:

This year 2018 has made me reflect a lot on myself, made me try to find a philosophical view on our world and find who I really am and who I would ultimately like to be. Friends and family I have spoken to face to face might smirk now but within this blog post I would like to share a concept I have come to really like that I lovingly call „the Knowledge“. Some of you are probably thinking „What the fuck is this guy on about? Did he inhale to much incense smoke at buddhist temples?“ Well, kinda… but bear with me for a few minutes and form your own opinion after finishing the read. Forming your own opinion is a good keyword actually because that is what the Knowledge is pretty much about. For some of you it might be very obvious what I am about to write but for me personally it has been a pretty big revelation. I have certainly had this concept rooted inside me for a long while but haven’t really been acting upon and practicing it. So what is the Knowledge? The quintessence is quite simple, really: Love each other, don’t judge anyone without properly learning about their background and don’t try to change anyone else but yourself! This might sound quite biblical and tacky but I believe it is very challenging to put it into practice.

I would like to share two stories that have happened to me over the last year to kind of explain where I am going with this. The first one is a rather personal one that involves some friends back home and out of respect to everyone involved I am not going to go into too much detail. There was an incident that none of us could have ever imagined to happen and all of a sudden you find yourself facing a very hard test and you have to make a decision: „Do I blindly believe what media or other sources are telling me and am I going to judge upon that right away or am I going to investigate myself, try to find out what actually happened and give someone a second chance?“ I am extremely glad that apparently most people I am surrounded by also have the knowledge and would choose the second option in most situations.

But realistically speaking, how often do we actually get into situations where we would judge people that are very close to us? It is much more likely that we will judge people that we barely know, strangers that step into our lives or even groups of people that we are never actually going to meet personally. It happens everyday all the time to all of us. And there are two possibilities of what to do: either we try to change said person. Tell them what to do, how to behave, how they are supposed to look and what kind of clothes to wear; or we immediately build an opinion after a first impression and „put them into a drawer“ (this is a German expression of more or less pegging somebody as something) from where they are never going to escape again. In a lot of great cases we do one thing and then the other. Both of these options have one thing in common: they are obviously much more convenient because we usually do not have to deal with the negative consequences when we try to change somebody else or make them wear sociological name tag.

This brings me to the second story from this last your. Through Kasia I have met someone who I immediately judged based on some pieces of information about said person. This whole last year I was, quite frankly, behaving like a huge asshole towards her without even trying to get to know her history. Over the course of the year I learned more about her background and her story and I have realized that it was anything but okay how I treated that person. I did exactly what I think people shouldn’t do: I put her into metaphoric drawer without knowing the exact circumstances. I am going to make a bold claim and say that every single one of us has done this, judged a person or a group of people based on their skin color, their religion, their sexual orientation. Or sometimes maybe just on the things they like to do or their Hobbys or something they have done or not done at some point in their life. Tiny tiny things like that are enough to make a person seem likable or not and eventually peg them as something according to our impression. It’s very easily done and very convenient.

But what do I actually want to get across with this gibberish? Maybe we should seriously question ourselves the next time we meet somebody (no matter how well we known them) with negativity based on… what? Maybe we should really think about it twice the next time we hurt another human’s feelings by judging them based on their appearance, their beliefs or their preferences. Maybe we should just try to care more about OURSELVES instead of always trying to butt into other people’s lives. Maybe our global society could become a better place if every single one of us actively would try to change to the better, meet other people with respect, sympathy, positive vibes and a whole bunch of love.

People who are avid readers of my blog might remember the scout camp I attended in Iceland last year. The camp had the theme CHANGE and if we would like to improve our world and change it to the better we probably have to change ourselves the most instead of others.

Obviously this last year has brought a big change in my life. New country, new job, new living situation etc. But I would also like to believe that I was looking for this kind of change and are currently in the process of embracing this personal change. Another thing is quite obvious: Change is anything but easy, it can be scary and it can be quite painful, sometimes change needs sacrifice. But only when we are ready to bear this pain, to make these sacrifices, only then we will be able to stir up something in our world and ultimately make it a better place. Not only for ourselves but for each other and together!

Until then, kisses on the belly and #spreadtheknowledge,