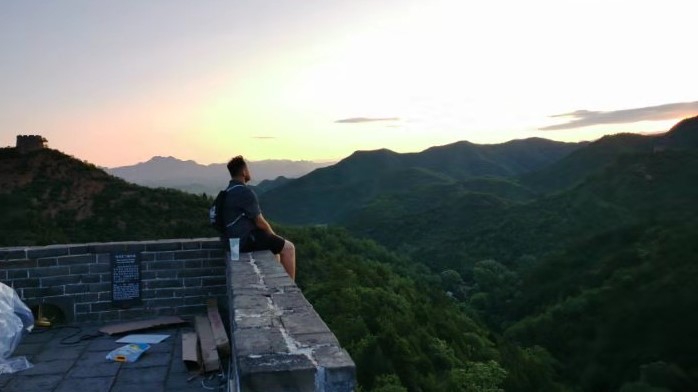 The same story year after year. Just like past winter I did not take my muse with me to China after the holidays and therefore haven’t written anything in ages. Since my last blogpost about my Bicycle horror story there were of course a bazilion of things that have happened. In the meantime, I have finished my contract and therefore the chapter „Beijing“ for now. As you can read I also finally have had time to smash some thoughts in the keyboard. You are welcome!

The story with the bicycle and the lawsuit ironically ended up having a very happy end. After a “form A38”-esque bureaucratic obstacle course (are there any Asterix and Obelix fans among my English speaking readers that will get this reference?) from court to finance department back to court to see my lawyer to bank back to finance department back to bank and so on. In the end I finally did get back the deposit of roughly 36.000 Euros that I had paid to the civil court of China and somehow I ended up with an additional 1500€ on my bank account. A gift of the plaintiff? A compensation by the Chinese government? Hah, good one. The mystery was quickly solved: in fact the Renminbi, the chinese national currency, has gotten a lot stronger during the three months the civil court was holding my deposit. So when I got back the significant sum – that my deposit certainly was – there was a little pleasant surprise to be found after exchanging the money back to Euros. I’m just going to claim that this is the epitome of good Karma finally striking back. Suck it, Mr. Zhu! That is all that I still want to say about this ordeal. At the end of the day I am left with a good story, the revelation that with enough positive vibes and support you can overcome even a Chinese lawsuit including a travel ban. Thank you, next!

Other than that, I have done fair bit of traveling since Christmas and to be fair, each trip probably deserves its own blogpost – and who knows, maybe I shall be kissed by my muse again during the next few weeks back home in Austria. But until then just a quick but honorable mention of the absolutely amazing, childhood dream fulfilling and highly rewarding trips of the last few months:

The first big gig of 2019 for Chinese New Year took me to Cambodia. Featuring the most chill and amazeballs travel companion one could imagine, the girl with the many nicknames: Franzi aka Francik aka Srhanzeska aka Franny. Not to forget our extraordinarily handsome host, Alejandro who was kind enough to let us crash on his couch and made sure to show us the expat scene and nightlife of Phnom Penh. Then there were the touching and deeply impressive visits to the so-called Killing Fields and the Genocide Museum (formerly known as the S21 prison, from which there are only a handful known survivors). And as a stark contrast, the breathtaking temples of Ang Kor in Siem Reap, where we got to see the sun rise and set in one day. (writing these lines I’m getting goosebumps and have the feeling this certainly needs a delayed post…)

A couple a months later I spent our school’s ’spring break‘ with Julian in Malaysia, mostly on the beautiful island of Borneo (and of course – being the travel hub for South East Asia – a couple of nights in Kuala Lumpur). The pictures Julian took actually speak for themselves but all the wild animal encounters, including Proboscis Monkeys, a submarine elephant and a extremely depressing Orang-Utan sighting in a palm oil plantation also go in the category ‚childhood dream‘. At the same time they were very eye opening regarding our consume-driven society today. I would like to say this needs a few more words as well.

The following couple of months were full of Volleyball, farwell-, birthday-, summer- and other parties (there was some work involved as well, work hard, play hard and such) And just as suddenly as the whole adventure in China began, it already came to an end. With the 2018-2019 academic year ending, so did my contract with the British School of Bejing. Naturally, at the end of such an adventure – which the two years in China certainly were – one should take some time to reflect. As I briefly mentioned in my last blog post, you intake so many different experiences in any given chapter of your life but in the end the outcome of that experience-equation is what matters. A few of these experiences I have briefly touched upon in previous blog posts but I would like to give a short summary and personal reflection here as well.

(Disclaimer: That this is a purely subjective and personal depiction is implied by the word reflection. I do realize, that there are millions of people out there that have had very different and unique experiences during their X years as an expat in China. The following are just my own impressions of the last two years of the Middle Kingdom)

Things I am going to miss about China:

Things I am NOT going to miss about China:

What insights am I taking away from this experience in China?

It is safe to say: The last two years in Beijing were a unique experience with all its Up’s and Down’s that I am very grateful to have had! Huge thank you at this point to all the people that have made it possible (feeling a bit like the Academy Awards here). Special shoutout to Kasia, without whom China wouldn’t even have been anywhere on my screen off possibilites. Also to Joe and especially Silke, who have helped me to find a job in Beijing at have supported me throughout. Of course to my parents who have been there at any given point when I needed them. And to each and every one of you who have supported me physically or mentally!

So far so good. And for those of you who are actually still reading: What have I been doing since the end of June? Some of you might have seen my posts on various social media platforms of my adventures in Australia. I spent three weeks traveling and discovering the continent down under in a speed itinerary. From Perth via Melbourne and Cairns to Sydney. The trip was filled with plenty of reunions and one more childhood dream off the list in shape of the Great Barrier Reef. After that it was time for the fourth continent this year: North America. After two short but nonetheless very refreshing pit stops on Hawaii and in California the destination for the next couple of weeks was the naturally beautiful state of West Virginia (mountain momma)! Located there – in the Summit Bechtel Reserve –  was the 24th World Scout Jamboree. The biggest peaceful gathering of youth in the world. Roughly 45.000 people from 150+ different countries gathered there “to unlock a new world” (Which happened to be the official theme of this Jamboree). This special event definitely deserves its own blog post which you hopefully are going to get to read very, very soon!

Until then, smooches on the belly and Zaijian!